After leaving Manchester United, captain Antonio Valencia decided to return to his hometown of Ecuador to play with the LDU Quito Club. 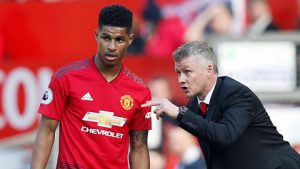 After the end of the 2018/19 season, Antonio Valencia announced the farewell to MU after the contract expired. However, the former MU captain did not stay in Europe or go to the US but decided to return to his hometown of Ecuador to wear the LDU Quito Club.

In fact, before deciding to return to his hometown, Antonio Valencia had many lucrative invitations in English or American clubs. However, the 33-year-old veteran decided to repatriate playing to stay close to his family.

According to a statement from LDU Quito, former MU captain signed a 2-year contract with the club. Accompanying it is an automatic extension of 12 months. At the new club, the midfielder wore jersey number 25, the number of shirts tied to him in nine seasons at MU.

Needless to say, the new LDU Quito is the second club of Antonio Valencia in Ecuador. Earlier, he started his career at the club El Nacional. Antonio Valencia played for this club for two years (2003-2005) before going to Europe to join Villarreal.

Next, the player who was born in 1985 was in the form of Recreativo, Wigan Athletic before joining MU in 2009. MU is also the club that brought the name of Antonio Valencia flying high. He won two Premier League titles, 1 FA Cup, 2 League Cups and 1 Europa League with the Red Devils. In addition, Antonio Valencia has won the title of United Player of the Year twice in the 2011/12 and 2016/17 seasons.