“Tennis has shown me the world and also shows me my qualities,” Maria Sharapova wrote on Instagram. “It helps me to challenge myself and track my progress. So, no matter what I choose to do in the next chapter of my life, I will try my best. I will continue to conquer those the mountain, keep growing. Tennis, goodbye. “

The status line on Instagram is also the conclusion in the retirement letter of the 32-year-old, published in Vogue and Vanity Fair magazines. The decision came after the “Russian Doll” struggled with a shoulder injury for months. In 2020, Sharapova has just played two matches and lost. In the Australian Open, the Russian failed to beat Donna Vekic and for the third time eliminated from the first round of the Grand Slam. She fell to 369 in the world on 5/2, the lowest rank since 2002. 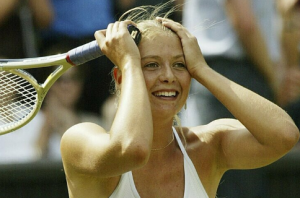 Sharapova started the brilliant era at the age of 17, after the 2004 Wimbledon final, where she defeated Serena Williams in two sets. Over the following decade, Sharapova pocketed four more Grand Slams and 31 WTA titles. The 2012 Roland Garros championship put her in the group of seven female stars to complete the career Grand Slam in contemporary tennis history.

After being discovered using doping in 2016, Sharapova had to leave the field for 15 months and was absent on the WTA scoreboard. When returning, “Russian Dolls” often suffer injuries. In 2019, the 32-year-old will only play 15 games because of persistent pain in the shoulder.

At the end of 2019, when he lost his form due to injury, “Masha” was still optimistic and said that he did not want to end his career with consecutive losses. But in the end, she could not win the pain in the late afternoon.

Sharapova is the image ambassador of no less than 30 brands around the world. She invested in a fashion company, directly ran a cosmetics company and owned a candy company. Sharapova, if not surprised, will continue to follow his business path after retirement.