Japan is running every day to maintain the ability to host the 2020 Olympic Games, even if it may not be on time.

According to Reuters, Japan has been allowed by the Olympic Committee (IOC) to postpone the Olympic Games until the end of the year to avoid the spread of the Covid-19 epidemic instead of canceling it.

“The contract specifies that the Olympic Games will be held in 2020. That could be interpreted as a postponement,” said Seiko Hashimoto, Minister of the Olympic Games in Japan, in response to a legislator’s question.According to Reuters, the right to cancel the Olympics belongs only to the IOC. 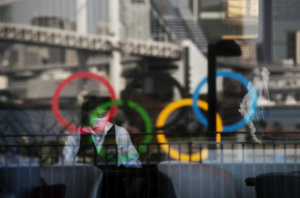 So far, no information has confirmed that the 2020 Olympic Games will be canceled. IOC President Thomas Bach emphasized last week that he and his colleagues would “fully commit” to organizing the Olympic Games on schedule despite the spread of the corona virus.

Hashimoto also emphasized that the Government of Japan and Tokyo city are still committed to hosting the Olympic Games, with a scheduled opening date of 24/7.

“We are doing everything we can to make sure the Olympics go according to plan,” Hashimoto told lawmakers.

Japan is spending a lot of money on organizing the Olympic Games. Up to now, the country of cherry blossoms has spent up to 12.51 billion USD for the preparation of the Olympic Games in 2020.

The number of covid-19 infections has skyrocketed in Japan in recent days, up to 94 cases, excluding 634 coronavirus-positive passengers and isolated on Diamond Princess cruise ship in Yokohama. On February 21, an additional 23 cases were confirmed, including 2 infections by government employees.