The beautiful game will experience a raft of changes when it enters a new season after the summer. Beginning from the 2019/20 season, the International Football Associations Board (IFAB), will see some adjustments to the laws of the game take place worldwide to tackle cheating and time wasting practices in the game.

No Opposition in Walls

In the new season, attacking players will be required to be at least one metre away from the defending team’s player wall when a free kick is taken. This is to 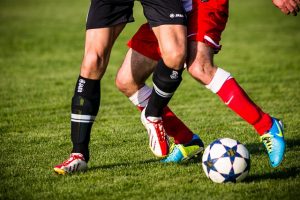 prevent the attacking team from gaining an advantage by trying to destabilise the opponent’s side as the kick is being made.

There has been a common practice where an opponent player lines up together with players from the defending team during a free kick. Such a player seeks to destabilise the defenders by shoving them or create a gap by jumping away or bending as the kick is taken. Accurate free-kick takers such as Cristiano Ronaldo can quickly benefit from such a practice, unfairly so.

Subbed Players to Leave at the Nearest Point

Substituted players will no longer be required to leave the pitch at the halfway line. Instead, they will be required to exit at the point nearest to where they are when the substitution is made. This will discourage the practice of players leaving the pitch slowly to kill time, especially in the dying minutes.

Goals which touch a players hand before going in will not stand, regardless of what the intention of the handball was. The handball will thus be penalised accordingly.

Referees will now be allowed to issue yellow cards and red cards to coaches as they do to players. The practice which was once existent but later discontinued has come back to enforce discipline on the touchline.