While sports betting has earned itself a place as the most popular gambling platform on the internet, it has not slackened or sat back. The model has continued to reinvent itself, in a bid to make itself even more appealing to players. The latest craze is the advent of virtual leagues.

Virtual leagues take the same model as the real leagues which fans watch. They have teams meeting each other on recurring game weeks and collecting points according to the results they post. There are similar betting options as 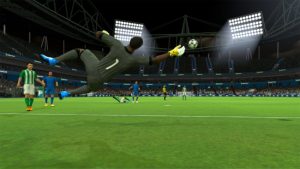 would be found on an actual pitch. In football, for instance, punters can bet on winners, over/under and draws.

The only difference is that virtual leagues are computer powered. They run on a programmed algorithm which keeps changing. As a result, a single game may take a little over a minute, while an entire league runs for less than an hour.

Virtual leagues are in no way dependent on the actual leagues with which they share names. It is thus, not wise to bet on a virtual team depending on how the actual team is performing in the league. By the time a real team moves from one game week to the next, its virtual counterpart may have played a thousand games.

There is minimal strategy one can employ when betting in virtual leagues. The computer control of happenings means that besides the pre-set house advantage, even the betting establishment cannot influence outcomes while play progresses.

It is, however, possible to employ traditional betting strategies in virtual betting. A punter may, for instance, divide their pot into amounts to be staked in each hand. They may then increase the stake in each hand when chasing losses, and start with the smallest hand once again when they finally manage to win.