The proposal to merge the Ospreys and Scarlets regions of Welsh rugby has elicited mixed reactions from different quarters, with most feeling that the plan is a bad one. Fans, players, managers, and pretty much everyone in the rugby fraternity has moved in to weigh on the debate.

Fans from the Joint Supporters Group (JSG) have expressed their opposition at the plan which is being pushed by the Professional Rugby Board. In a formal meeting with the Welsh Rugby Union chief, the group says that the merger, which would see two south-west teams come together, and a new team born in the North, completely disregards their plight.

The same concern appears to be the general feeling of fans who took to social media to air their opinions.

Players Worried About the Future

Players, too, feel that the new developments place their careers in jeopardy. 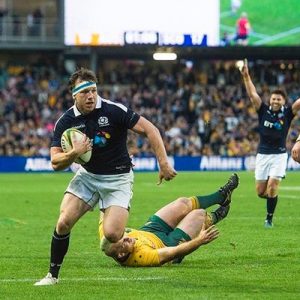 Scarlets player Ken Owens says the plans are a cause for a ‘deep concern’ as players have not been considered, despite being the most essential ingredient of the game. He says that given the short length of playing careers, their plight should come as a first concern, and the looming merger does not consider that.

Owen’s views could be seen to represent the feelings of many other players, as he is the current chairman of the players’ union.

The decision by the newly formed board does not appear to have the support of everyone at the management level either. Ospreys’ chair Mike James has already stepped down from his position, in a show of opposition to the plan dubbed ‘Project Reset.’

The project poses the possibility of the most significant changes in Welsh rugby since 2003. If it is to go through, it will have to bulldoze through a lot of opposition. Moreover, it will lead to a lot of realignment of how all quarters of rugby in Wales operate.