While derbies the world over are known to be sources of on and off pitch drama, a player in the Turkish third division league has taken it to a whole new level of madness. Amed SK’s Mansur Calar somehow managed to get a razor blade on the pitch and twice tried to attack Sakaryaspor’s Ferhat Yazgan.

The first unsuccessful attempt happened as the players were preparing to get the action started. It seems no one quite understood what Mansur was getting at, as no action was taken then. As the match progressed, he made another attempt to cut his opponent on the next, this time with a bit more success.

Yazgan later posted an Instagram photo showing the alleged cut marks after the game which ended in a 1-1 draw. It was not indicated that the referee dealt with the incident. It will, thus, be an issue to be dealt with by the Turkish football authorities.

Unusual happenings are a norm rather than a rarity at most derbies from the grassroots all the way to the highest professional levels. Some of the most 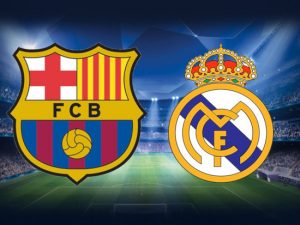 explosive derbies include the Spanish El Classico between Real Madrid and Barcelona where tempers are always going to explode.

It is a tie with a generous serving of goals on most occasions, but off the ball incidents always take center stage. A quite recent one was a rare showing of Lionel Messi’s anger as he squared up to Sergio Ramos.

Manchester United versus Liverpool is another huge derby, although its explosiveness was for a long time fettered by United’s dominance. Celtic serve another dish of madness whenever they come up against Rangers in the Scottish league.

All said and done, the Turkey incident is a new level of rivalry. It is literally insane and should be nipped in the bud like yesterday.