Once attracted many big names, but the Houston Open 2019 took place this week with no golfer in the top 30 in the world.

In the PGA Tour tournament system, the Houston Open ranked 10th in seniority. The tournament was born in 1946 and witnessed Byron Nelson, Arnold Palmer, Curtis Strange, Fred Couples and Phil Mickelson. All are registered in the World Golf Hall of Fame.

This year, at 37th, Henrik Stenson is the highest ranked golfer in the tournament, with a champion prize of $ 1.26 million. Stenson’s competitors are golfer who have won major but are in decline like Jason Dufner, Jimmy Walker, Keegan Bradley. 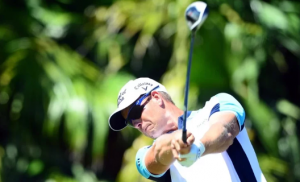 Cameron Champ – “Tycoon of the tee shot at PGA Tour” also contributed after the victory at Safeway Open on September 29. The defending champion Ian Poulter was not present because he had to fight at the Italian Open at the European Tour held in the same time frame.

Besides the issue of attractiveness, the Houston Open also faces many other difficulties. The first is the change of the governing body, from the Houston Golf Association after nearly 50 years of attachment to the Houston Astro Golf Foundation. Has the capacity to develop the community golf movement, but the new governing body has never organized a professional tournament.

Organizing time is also a constraint, reducing the attractiveness of the Houston Open. From 2018 and earlier, the Houston Open took place one week before The Masters, creating a last chance for players to find the first major tournament of the year. However, this no longer existed after the Shell oil and gas group failed to renew the title sponsorship contract.

Without a new sponsor, the Houston Open loses space in the spring frame of the annual PGA Tour calendar. In fact, Houston Astro Golf owner Jim Crane chose the autumn frame after refusing to suggest summer time during the PGA Tour negotiation. The two sides reached an agreement with a deadline until 2023.

As a golfer, world number one star Brooks Koepka is a consultant for Doak. Because of this factor, it is likely that Koepka will be included in the 2020 competition list.