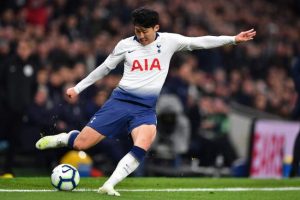 Son Heung-min hit the net using his left foot against Crystal Palace and became the first football player to score a goal at Tottenham Hotspur Stadium in London on Wednesday.

This is also his tewlveth goal in the English Premier League this season. He scores 17 goals for Tottenham since the beginning of the season.

Son’s five-game drought which started from the UEFA Champions League round of sixteen match against Borussia Dortmund on February 13 ended by this historic goal.

From the beginning of the match, he showed his spot-on pace and skills, giving a hard time to Palace defenders, especially on the flanks. In the tenth minute, he cut inside to the penalty area and gave Eriksen a chance to score, but unfortunately being defeated by the Danish midfielder.

Son set a low shot using his right foot in the thirty-seventh but Palace goalkeeper Vicente Guaita denied his goal.

Son finally opened the net for the hosts when his teammates pushed up to break the gridlock. After passing by Eriksen, Son move in from the right to the center and let loose a strike using his left foot. His shot took a small shift off Palace captain Luka Milivojevic but finally it rolled into the back of the net. 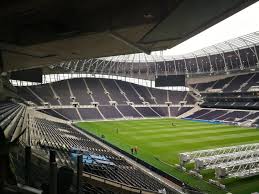 Eriksen then scored second goal at the new stadium when he picked up a baggy ball inside the box and strike a left-foot shot into the net in the eightyth. His goal brought Tottenham  two to nil victory in the debut at new home stadium.

After being changed for Victor Wanyama in the second-half halt time, Son received a standing cheers from nearly 60,000 fans.

After the match, the 26-year-old player said he felt really different from playing at Wembley Stadium, which Tottenham temporarily utilized as their home ground, adding that it was such “amazing” to play at the new stadium. He told Sky Sports after the match that it is an unbelievable stadium with the loud noise.

Son emotionally credited his historic goal to his loyalty fans and his excellent teammates. With the latest win, Tottenham Spurs now ranks the third in the league table.